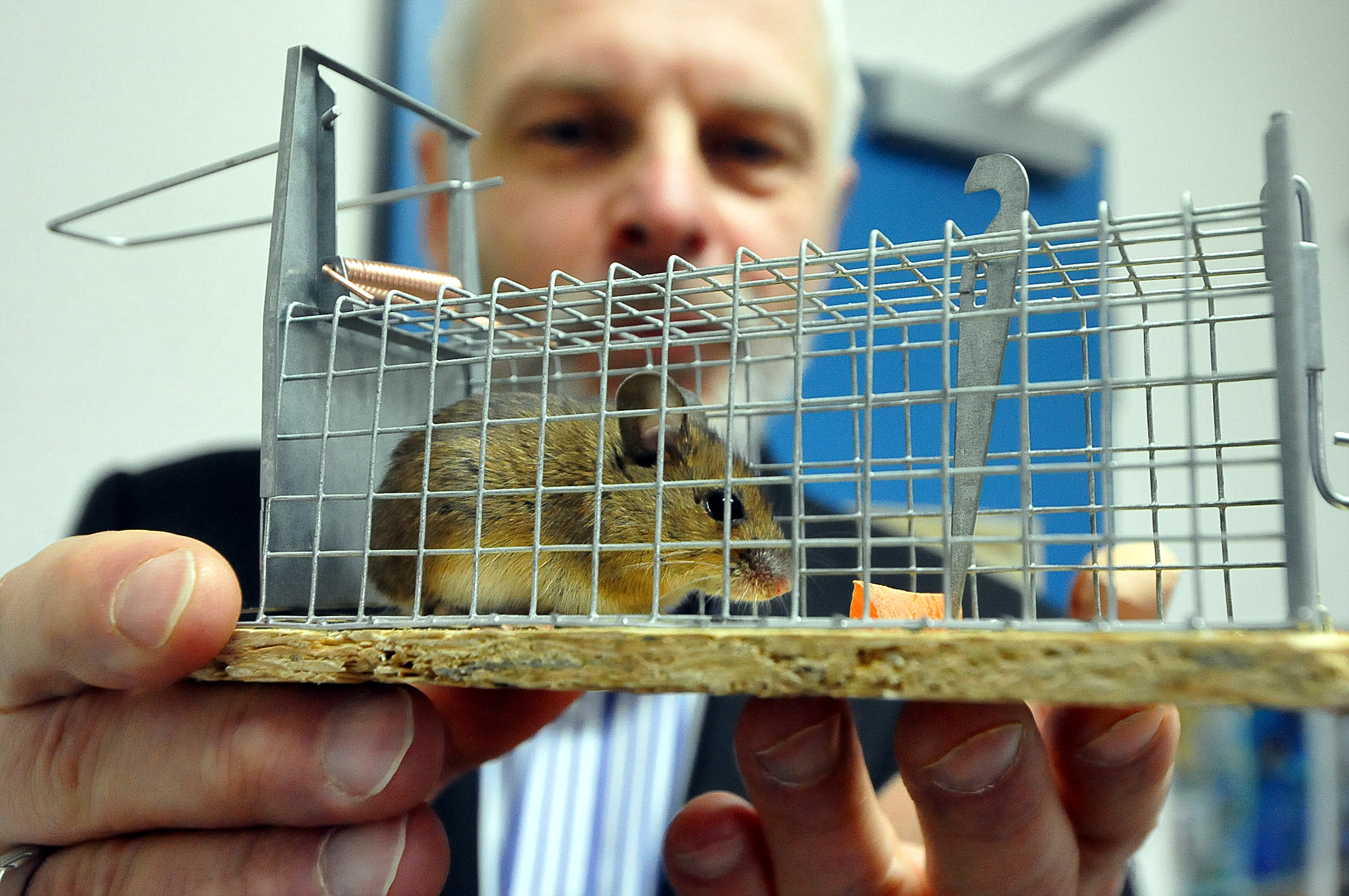 Public Relations can really be so easy. Nowadays we worry so much about public relations, but sometimes success comes unexpectedly and without advance strategical planning.

A brief history of mouse time

The story starts in the year 2011. Occasionally, there are mice seen in the library. They are tolerated as they are not harmful. Until one day, on New Year’s Day 2011, in the early morning, a disaster descended on the library: The alarm went off, warning that there was an intruder in the library. Immediately the clinic fire brigade crew and three (!) police patrol cars were on their way, with screeching tyres and wailing sirens. At the same time, the shrill tones of the telephone woke up the Director of the library. Half asleep, he received the message: Burglar in the Library! As he frantically dressed, thoughts flashed through his mind: “Is there really a burglar or has lightning triggered the alarm? Did he in fact leave a window open and maybe a bird flew in? Did the cleaning lady once again forget to turn off the alarm?” But a few minutes later the all-clear is given: a mouse has been identified as the culprit.

So far, so good. Here the story could have ended. No one would have heard anything more about the mouse. The library would have gone back to its everyday routine – many would have wished this. But not the library director: in his imagination, hordes of rodents were appearing, playing cat and mouse with the burglar alarm and getting him out of bed at all hours. He rightly was worried about his well-earned sleep. That was the top priority now! He presented his version of events (Google’s Translation) on the homepage of the library and threatened the demise of the mouse:

“The mouse will no longer be tolerated: the library as a rodent asylum is finished!”

And now the hunt was on – although initially only with live traps and chocolate cakes, but the exterminator had his rifle at the ready. The poor mouse became very anxious and feared for her life and wrote this in the news system Twitter. This triggered an avalanche of solidarity: by the Twitter news chain @v_i_o_l_a, @monasterium and @wwu_muenster. Then the local press heard about it and started its first reports. The hashtag #librarymouse was born. It brought the mouse (and the library) into the headlines of local newspapers. By now it had become daily news: three days after the alarm, a tubby mouse was trapped in the library’s kitchen. Fortunately, this was documented by a student: prime mouse portraits and mouse names were circulated on Facebook. The mouse was a „he“ and was given the name „Jerry“. When Jerry was released back into the wild safely, the press was jubilant. Finally, the mouse had an identity and pictures were taken out of our hands.

The press was very excited and already addicted to the mouse chase. The most important task assigned for the library director was now to inform the press in time when there were new images or captures. Then a television crew applied for an interview and we agreed to one on the 11th January. That same morning, two mice were caught in the trap and all phones began ringing like crazy: “Under no circumstances should the mouse be released; the TV team requires moving pictures!” The local press phoned to say it was on its way too, as fast as it could, but asked for our patience. The clinic’s PR was content with any pictures we get. The mouse, meanwhile, tweeted in real time out of the trap: „You have me. How could I be so stupid!” No sooner had her 80 followers on Twitter read this, they established a Facebook fan group “Free the Library Mouse in Münster”. Anxious minutes and hours passed by: what was the fate of the two mice? 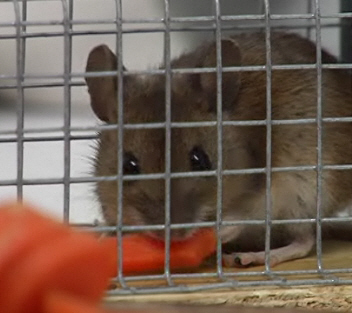 The male mouse was released immediately: the press was only interested in the Twitter mouse. The female mouse had to still hold out a little longer and was fortified for the photo session, meanwhile, with tasty carrot shreds. But then it was all over: she performed very well in front of the cameras and was released under the watchful eyes of the TV crew. Everyone was by then sad, but the mouse was fine. Back in freedom she twittered gaily, „Yippee! I am free! At last!“ The next day dawned with big headlines in the local press, and a family-friendly, three minute report on TV.

What makes the mouse story a success?

As I said in the last issue: people love to be told stories. They do not necessarily have to be nice stories, but if there are nice (and mysterious) stories, that’s a great advantage. Three ingredients made this special story a newsworthy one: 1. the witty portrayal of the confrontation between the mouse and the library staging a David – Goliath relationship: the mouse had become the disadvantaged in an asymmetrical battle against a mighty and relentless enemy. 2. In a second – and even more brilliant – step, the victims‘ perspective was exploited by giving the mouse a public voice: “the mouse tweeted for her life„. Now the gentle readers had a tangible and audible counterpart, which made its identification and their compassion much easier. 3. from the very beginning, there was a mystery about the whole case. Not knowing who was behind the Twitter account @LibraryMouse, was fascinating, even adventurous. Was it the friendly man at the lending desk wearing the mice shirt? Or was it a medical student who just saw a media opportunity? Or was it even an animal rights activist? In the end no one was sure who it was, perhaps it was the mouse itself… ? 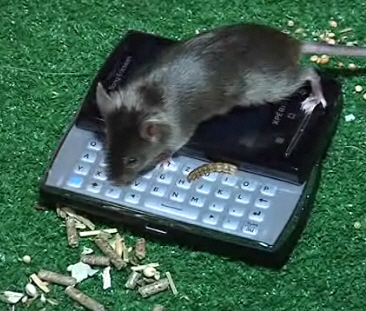 Public relations, which focuses on the dynamics of social networks is often referred to as viral marketing. VM can begin with very little, such as a small report on the homepage, and expand rapidly – without any reason – to a real press tsunami, that strikes you and leaves you quite passive. Press and television will stop at nothing to get such “human interest stories”and are more than happy to spin sequels (and the press officer of the library becomes somewhat redundant). The so called silly season is ideal for spreading of such news.

The moral of the story

The library can breathe again. A media invasion can be quite exhausting without a Press Officer who governs everything. But, could a press officer have even made even more out of this? He could have invited even more newspapers and TV stations, or asked all citizens of Münster to take a vote on a name for the mouse, or sell T-shirts with “Save the Library Mouse”, or continue to spin the story further again: the Library Mouse found a family with Jerry, they had children, reoccupied the library, and tweeted about everything in abundance – the possibilities are beyond imagination.

But how can we evaluate this return on investment? Does it give the library what they want? Has the library benefited long term from this event? Some readers may have thought: Doesn’t the library have anything better to do?” or “The mice may transmit many diseases” or “The library should be in the news for their user services, not because of something like this!” Indeed, one reporter even apologized that he did not come to report on our reader services, but came only for the mouse story as user services were just not interesting for them. But … in the midst of the mouse hype … a reporter did accidentally discover our iPad rental service and encouraged a colleague to write about it. We were interviewed and an informed report appeared the next day with a circulation of 220,000 issues. This was one of the rare cases in which lead was turned into gold.

But for the time being we are satisfied with the hype it caused. Because of the mouse, we are now much better known and linked in the media landscape. Press editors became fans of our Facebook page and pursue our messages now directly. It seems more likely that they will write something about us again, even if it is not about the mouse.

You will find all links at http://medbib.klinikum.uni-muenster.de/wiki/BibliotheksMaus.

This article was published in the March issue 2012 of the JEAHIL.

Ein Gedanke zu „Public Relations can really be so easy“