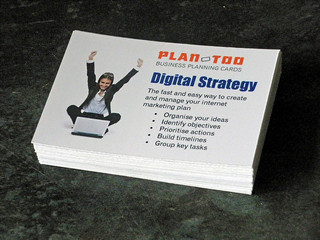 Strategy is a big word. Everyone would like to have a successful strategy, but do you know a medical library which already has one? The following article attempts to explain or define this subject to an understandable level in order to make it easier to apply in everyday practice.

“The time of the medical library may have expired”, sighs Else Immel, the Chairwoman of the German Medical Libraries Association. Just two minutes before, the Head of the Medical Library, Duisburg had been bemoaning the current trends with her on the phone. This was the third depressing conversation that week! The doctors no longer come to the library; the students want to lay off librarians in order to buy more textbooks; the Dean refuses all requests for a higher budget and everybody has began to regard the library as a social meeting place only. To summarize: decreasing gate counts; no support; the closure is near. Else mutters to herself: “I cannot stand this anymore!” The whole situation has begun to affecther badly. What should she say to that caller and what can she advise? There appears to be no easy remedy either! Some libraries – such as the one at Duisburg – are becoming deeply affected by the negative tendencies, while others seem to be immune and remain incredibly powerful. Pondering with her empty cup in front of the coffee machine she decides that what is required is a checklist of all the increasing negative tendencies. Maybe this would result in an indication of the causes and if the causes are understood, maybe the solutions would be not far away.

The list is even longer than Else thought originally and she now realizes why more and more universities think they do not need a library anymore! And the medical libraries will be hit first, since they were the first to make everything digital. Resolutely she picks up the phone. There must be a reason for the success, something that connects these successful libraries! In no time she has phoned all medical libraries – but to no avail: apparently they have no similarities but every library does different things and they are all characterized by the fact that they act purposefully. Yes, the telephone calls had confirmed that these libraries were led by a sound management, which acted with foresight and purpose and … who had a plan … not only a plan but … a strategy!

Did her library have a strategy? Ok, her library had a variety of marketing tools which strengthen customer loyalty and reputation. But could that be called a strategy? And yet, she consoled herself, everything had been a clear statement of the desired position of the library in the faculty and thus very much thought strategically. For example:

Lingering for a moment on the faculty certificate that hangs over her desk, For the outstanding support of research and education through the library Else believes in retrospect, that many of her decisions had proved to be correct. These decisions had formed the strategic direction of the library, even if often she had not realized it . Without doubt, in the midst of a rapidly changing environment, she had always kept a clear strategic vision of the impact of her library.
The common point of the successful libraries now has been discovered: strategy. Obviously each one had found another niche, another top-notch service to become indispensable on campus! The conclusion is that: successful libraries are successful because they have a unique selling point! Formerly libraries were very successful with their business model of lending textbooks, but this unique selling point was lost somewhere in the digital area. Apparently, the leading libraries have now developed new unique selling points that make them independent of budget and physical media. Else once read something about it on Wikipedia [1]. Finally she lists all the potential unique selling points of the libraries.

Else reflects now that just as individuals [2], libraries could make out their own personal strengths and views how others perceive them. Libraries are just like individuals. They are all quite different, have their own strengths and weaknesses, their own environment and therefore their own opportunities. The successful libraries have known and used this secret for achieving their goals. Tomorrow Else’s findings will be accessible to all medical libraries in a strategy paper. It would be ridiculous if library closures cannot be halted!

This article was published in the September issue 2013 of JEAHIL.