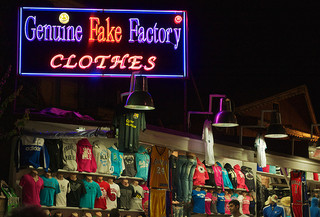 It is not surprising to anyone, that in the billion Euro health care market, pharmaceutical companies exert influence wherever possible (1). Clinical trials with negative outcomes will not be reported or published as those in favor of a new pharmaceutical. When looking up “all” studies on a clinical intervention you obviously will not find the retained ones. Librarians know that and will make their users aware of the so called publishing bias. Instead we usually promote information to our users such as clinical guidelines as a source of high evidence, which is accumulated and easy to practice. However, in the light of some new findings, this practice has to be considered quite strictly.

In August, the major German newspaper Frankfurter Allgemeine Zeitung alerted their readers to several cases of faked practice guidelines. Their headline was straight forward: “What the guidelines conceal – millions with heart failure follow the advice of an impostor” (2).

They claimed that thousands of deaths in Europe are accountable to the – currently valid – guidelines of the European Society of Cardiology. The reason is a favorable evaluation of beta-blockers based on scientific misconduct. Many more examples can be found in a disturbing report by Jeanne Lenzer in the British Medical Journal titled “Why we cannot trust clinical guidelines” (3). On the basis of well-known fraud and newly discovered suspected cases (also in the prestigious Cochrane Library), Lenzer showed that guidelines are not above suspicion: “Guidelines are usually issued by large panels of authors representing specialty and other professional organisations. While it might seem difficult to bias a guideline with so many experts participating under the sponsorship of large professional bodies, a worrying number of cases suggests that it may be common. A recent survey found that 71% of Chairs of Clinical Policy Committees and 90.5% of Co-chairs had financial conflicts.”

An analysis of Gisela Schott in the renowned journal Deutsches Ärzteblatt arrived at the same conclusion. On the basis of two examples from Germany she proved that there is a significant influence of pharmaceutical companies on guidelines (4). For example, Schott identified several ludicrous shortcomings of the German S3 guideline for the treatment of psoriasis vulgaris by efalizumab:

Schott summarizes that you should maintain a healthy scepticism towards German guidelines: “Of the 15 voting participants in the consensus process of the S3 guideline, 10 declared partially numerous financial connections with up to eleven different pharmaceutical companies.”

With this information at hand, doctors fall in a serious dilemma: when I apply the guideline, it can harm my patients. If I do not apply the guideline faithfully, it can damage my career. As a first consequence, the Working Group of the German Medical Societies (AWMF) has issued a strict paper on Recommendations for dealing with conflicts of interest at professional societies (www.awmf.org). From now on, the 70 societies and 2500 experts who are responsible for the several hundred guidelines of the AWMF must now declare detailed conflicts of interest that might impair their professional judgment.

It will take some years if this action will lead to clean guidelines if ever. The fight will continue, because obviously the pharmaceutical companies are not going to let somebody put one over them. We librarians should be aware that whatever the result of this fight may be, we have to keep our users informed about these imponderables. Do not trust information just like that – not even guidelines – and always be aware of the many obstacles in the knowledge transmission process.

This article will be published in the December issue 2013 of JEAHIL.